Once upon a time there was a princess.

She was quite furry and partly covered in scales, and also had a beak, and so she was named Animal.

Her last name was Welfare.

Animal Welfare had four fairy godmothers, who all gave her precious gifts.

The fairy godmothers came from different scientific realms, and they were called Applied Ethology, Veterinary Medicine, Affective Neuroscience and Applied Behaviour Analysis – and each of them offered priceless, irreplaceable gifts to Animal Welfare.

And here’s the twist of this fairy tale:

The fairy godmothers all wore unique glasses – they would each see the world through a different lens; some spectacles were like myopic microscopes, others resembled binoculars. The Godmothers were of different age and nationality, and so didn’t speak the same native language.

Also, they didn’t get along very well; whenever they met, there were squabbles. Heated discussions about whose gift contributed the most to Animal Welfare, and whose approach was the most humane.

Chance meetings would usually end up with some of them storming off, affronted, frustrated and exasperated at one another.

Animal Welfare was sad, because she loved them all and wanted them to get along better. So she sat down to think about what was at the root of the disagreements.

In some cases, she realized, the conflict was due to language barriers. The same word would mean vastly different things to the different fairy godmothers.

In some cases, it was due to cultural differences. Things were simply done differently in different scientific realms.

And in some cases, it was because the fairy godmothers didn’t understand much about the particular gifts of the others. The lenses through which they saw the world were simply too different.

And one day, Animal Welfare had had enough. She stomped up to them and said: “Listen, I’m tired of your bickering. This conflict isn’t helping me at all – quite the opposite! Tonight I’m throwing a party, and I invite you to sit down and learn each other’s language, and try on each other’s glasses!!”

And so they did.

There was fabulous food, music and dancing. And the fairy godmothers stayed up all night, learning each others’ languages, laughing over silly misunderstandings because of culture differences, and trying on each other’s glasses. And that night, after some karaoke, dancing and perhaps a bit too much to drink, after learning from each other, they discovered new insights – new gifts – that they gave to Animal Welfare.

Animal Welfare flourished, and grew some mighty new wings thanks to the magic from the synergy of the combined skills of her fairy godmothers.

And so, they lived happily ever after. Dancing, talking, and marveling at how extraordinarily beautiful the world looked when combining all the spectacles into one big prism.

I’m guessing, if you’ve read this far, that you might be curious what the different fairy godmothers, the different scientific disciplines, all have to contribute to Animal Welfare.

Who knows, maybe there’ll be some spectacles you haven’t tried on yet? 😉

I deeply encourage you to examine the other glasses too, if you haven’t.

Let’s pick them up and have a look. And I’ll give you fair warning: since I’m an ethologist myself, my world tends to be tinted through those glasses, despite my best efforts to take them off.

The main value of Applied Ethology to Animal Welfare is that it can help us set up optimal environments – this perspective helps ask the right questions when planning and preparing an area for the arrival of a new animal.

As ethologists, we make sweeping generalizations about species or populations of animals, and we make educated guesses how best to care for them in a captive environment. Some of the most important questions that might be asked are:

The answers to these questions will help us arrange an environment that’s likely to provide the new animal with an interesting, safe and enriched environment that gives the opportunity of carrying out natural behavior patterns.

In my opinion, the primary gift of Applied Ethology to Animal Welfare is in preventing behavioural problems, as well as providing opportunities for natural behaviours.

It seems there’s a paradigm shift going on in the veterinary community, and it stems from this short and sweet realization:

Veterinarians have started to act on the fact that behaviour influences physiology, and physiology influences behavior – and explains many behavioural problems. For instance, the Fear Free approach is spreading through the veterinary community, having huge success in providing better veterinary care, getting happier customers and animals who actually look forward to their veterinary visit.

I believe that the primary gift of Veterinary Medicine to Animal Welfare is to address physiological welfare, and through this approach prevent and diminish behavioural problems. 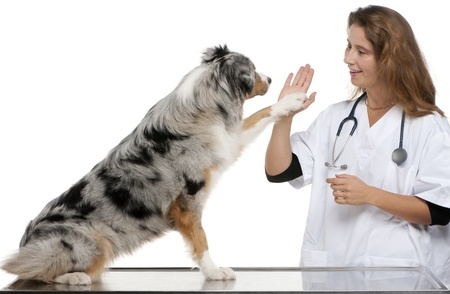 The primary value of ABA to Animal Welfare is to help solve individual behavioural problems.

The other three scientific perspectives mentioned here all make more or less sweeping generalizations about populations of animals. ABA looks at individuals – and how a specific animal behaves in a specific context.

In my view, the main gift of ABA to Animal Welfare is that it helps us understand behavior on an individual level, and gives us the tools to change undesired behavior and facilitate desirable behavior.

The value of Affective Neuroscience to Animal Welfare is to help get confident, happy animals who thrive with people. That’s not to say that you can’t achieve this outcome by viewing behaviour through the other lenses, but this perspective helps give a laser focus on emotions and relationships in particular.

To me, the gift of Affective Neuroscience to Animal Welfare is the realization that emotional experiences influence brain development, and by addressing this we can help shape the young animal’s personality and moods. His social skills. Whether he becomes confident or withdrawn. Explorative, or easily stressed and fearful.

This, in my opinion, is one of the most overlooked scientific perspectives, and indeed, the importance of this perspective with regards to Animal Welfare is often underestimated.

What’s more important, the practical application of this science to Animal Welfare is not that well developed. Also, this young research area is still going through some serious growing pains – neuroscientists disagree on the mechanics of emotional expression.

This disagreement is causing ripples that has potential impact on Animal Welfare, and so I feel compelled to take sides and cast my vote.

Nerdy digression: Why the Theory of Constructed Emotion is Wrong

There are two main “camps” in this conflict, one that claims that emotions are innate, the other that they’re learned.

From an evolutionary perspective, only the first hypothesis makes sense, and it’s my conviction that basic emotions, associated with behaviours necessary for survival, are innate, not learned. The Theory of Constructed Emotion (saying that they’re learned) couldn’t possibly be correct as “learning emotions” would not be an Evolutionarily Stable Strategy (ESS) – but a strategy involving “innate emotions” would.

Individuals who tried-and-failed would be weeded out of the population in a matter of generations, leaving only individuals who’d be likely to get-it-right-the-first-time, that is, showing innate emotional action tendencies.

In other words, Lisa Barrett’s theory of Constructed Emotions violates some foundational tenets of evolutionary theory, and it’s my conviction that it is flawed.

Why is this important, then, from the Animal Welfare perspective? Because the “emotions are innate” perspective involves the identification of a handful of Core Emotions, all of which are extremely important to animal welfare, and their importance can be summarized in the concept of the five Ps. The “emotions are learned” perspective leaves us as animal caregivers floundering with little to no additional powers (beyond what’s provided to us by the other scientific disciplines listed here) to predict behaviour, prevent problem behaviour, problem solve, prioritize or get precision in our efforts to change behaviour and improve Animal Welfare.

This topic is the proverbial can of worms, and I’ll keep the lid on that can, for now. Leave it for another blog post, perhaps.

In my experience, most of the language confusion arises between ABA practitioners and the other three realms. Here’s where I’ve seen most of the dissention, at least. A few examples: 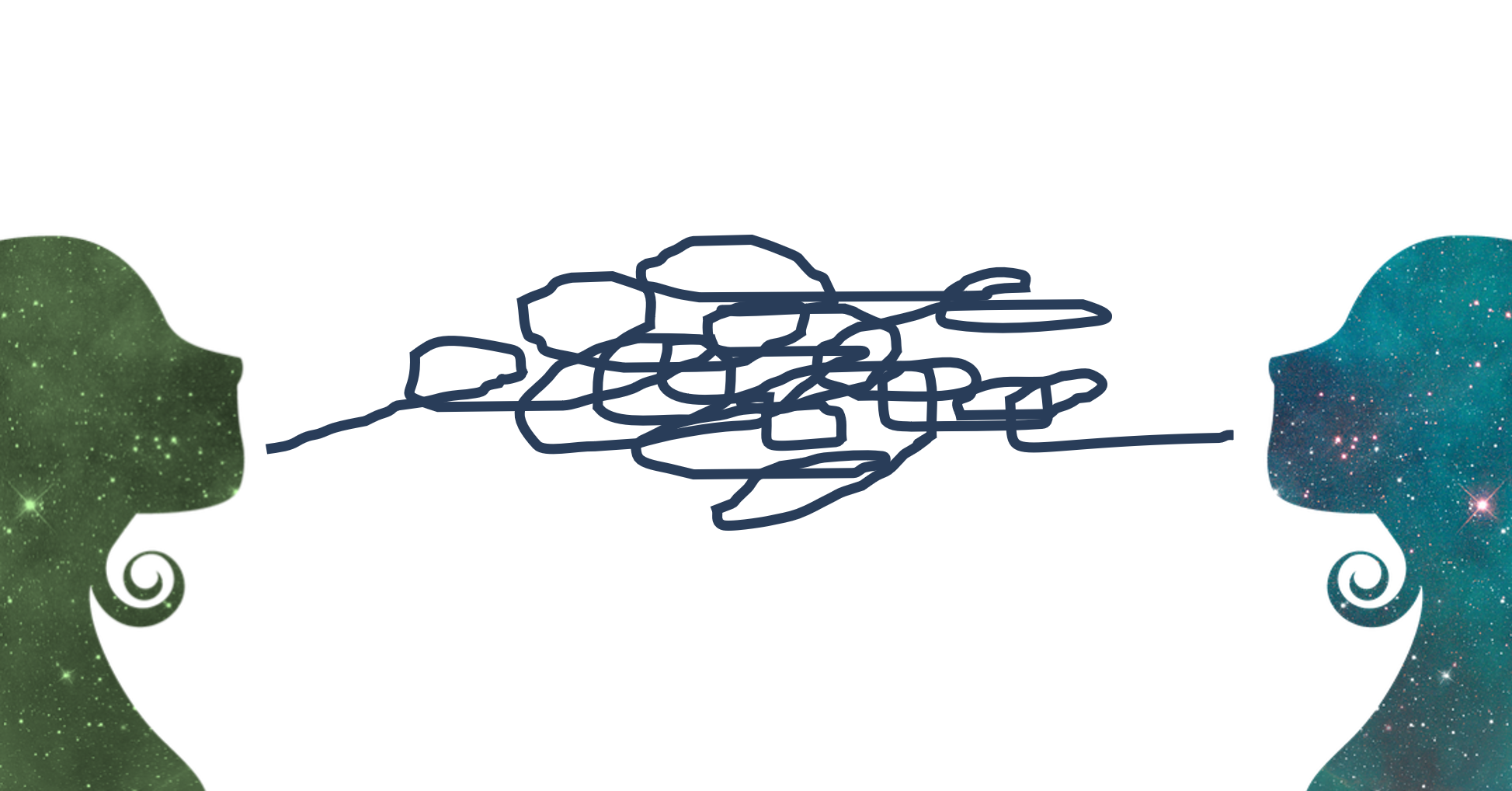 Also, there’s this disagreement about labelling. In some disciplines, labelling is part of the job description. In ABA, it’s definitely not.

The ethologist and the ABA practitioner may arrive at the same conclusion, that maybe something should be done about how food is distributed to a specific group of animals, but they’ll use different terminology to describe the problem, they may choose different solutions, and they’ll evaluate the outcome of their intervention differently, using different statistical methods.

One reason ABA practitioners avoid labelling is that they can avoid the potential risk of mis-labelling.

Take, for instance, this problem: “the dog is aggressive to strangers”.

The ABA practitioner will ask: what does that look like? What does the dog actually do – which behaviours do you see? And what is the outcome of that behavior?

Because that term, “aggression”, is a label that’s not helpful in revealing the function of the behavior in the particular context where it occurs. Depending on what the animal actually does, and the outcome of the behavior, there could potentially be several functions (as defined by the ABA practitioner, not the ethologist) involved. Here might be a few examples of behaviours that people would perhaps label as “aggressive”:

That is, neither the label “aggressive” nor the answer to the question “what is the animal doing” will be of any real use in this context. It’s not understanding the behaviours that determine how we would address those situations, but rather recognizing their (ABA) functions.

I feel I need to temper my description of the different perspectives by saying that although I’ve listed these 4 scientific approaches to Animal Welfare as if they were exclusive, they’re really not.

There IS overlap, and indeed, some of the questions I’ve suggested under one heading might also be asked under the umbrella of another scientific discipline. I’ve merely placed the question under the heading where it makes the most sense for me personally – and again, I am an evolutionary biologist. Someone with another background might choose to group those questions differently – or indeed replace them with other questions.

It’s my deepest conviction that it’s through combining the lenses that the true magic happens. It’s when we draw from the gifts of all four fairy godmothers, and their different scientific perspectives,  that we can get the deepest understanding of an individual animal’s need here and now, today, in this context.

And in order for this to happen, we must start picking up each others’ glasses, and trying them on. Learning about the different scientific disciplines beyond the bare bones that I presented (and to a degree, I’m sure, misrepresented) here.

And also acknowledge that people will define Animal Welfare differently.

Perhaps, indeed, we should throw that party, with funny hats, silly games, karaoke and dancing?

After all, having fun improves welfare – for humans as well as for other animals! And who knows, there might be other, as of yet undiscovered, fairy godmothers out there!

Found this interesting? I’m passionate about animals, learning, behaviour and welfare, and I cover all the scientific perspectives involved in Animal Welfare except Veterinary Medicine in my teachings. Sign up below and I’ll keep you posted about future blog posts, free webinars, mini-courses and masterclasses, silly experiments as well as when my full courses open for admission!

14 Replies to “Animal Welfare and her fairy godmothers” 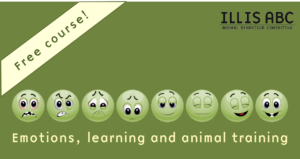 Interesting and inspiring, great that she had so much own experience in training animals.