Do animals have emotions: can they experience the same subjective feelings of fear, rage and joy that humans can? A seemingly straightforward question, and one that I recently asked on Facebook.

Here’s what you answered, Facebookers:

The overwhelming majority exclaimed “YES!”, with a few undecided and even fewer saying no.

Interestingly, if this question had been asked, say, 20 years ago, I think the answer may have been very different.

But when Jaak Panksepp (one of the pioneer researchers studying emotions), reported that rats laugh when you tickle them, back in the late 1990s, he was questioned and ridiculed by the scientific community.

Now there are congresses on the topic of Affective Neuroscience, the zone where neurons, emotions and cognition meet. The scientific community is mostly aboard – though some of Panksepp’s conclusions are still debated.

In the Facebook crowds I polled, whether-animals-have-emotions was not a particularly controversial topic, and many even suggested that the issue is resolved once and for all.

However, I’m not sure how representative the responses I got were, considering that I hang out in animal training groups.

What the average pet owner, or people without pets, or people from other cultures, would answer – I don’t know. But I suspect that I’d get more mixed answers from another crowd.

So, I sent Jaak Panksepp an email, asking him. He graciously answered within a few hours, saying that controversy is diminishing except in “people who have much to lose”, such as in the field of human cognitive neurosciences.

What is the issue, then? 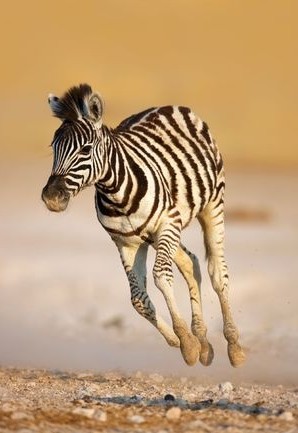 Imagine a zebra spotting a charging lion, and dashing away.

Animals run from danger. So do people, and we call the emotion associated with scampering off to safety ‘fear’.

The controversy is not whether animals show responses analogous to ours when exposed to danger (they do), or have physiological reactions similar to humans (they do).

The question is, do zebras have the same inner experience, the subjective feeling of the emotion, which goes with running-for-your-life-from-a-pursuing-lion?

Or are they simply going through the motions, like machines? The high blood pressure, the cortisol release and the glucose increase serving the beast to run faster, without the accompanying feeling of terror and dread?

Some argue that animals have these subjective feelings, others that they don’t, and yet others, that there is no way we can test it to find out.

Not that you’d guess that this was a big issue from looking at my small data set… and I won’t go into the details of their arguments in this post.

Does it matter whether animals have emotions?

I think it does.

I think it matters whether we regard the fleeing zebra as fearful, as opposed to “running-when-exposed-to-lions”.

I think that distinction will help us take better care of them, we’ll all be a bit happier – and the world will be a better place.

Full disclosure: I happen to subscribe to the “of course animals can feel the emotion”-crowd. To me, it makes perfect sense that they should, considering that we share the same evolutionary past.

Emotions are closely linked to behaviours with tremendously important survival value, and such mechanisms tend to be stable over evolutionary time.

I have feelings, I’m assuming my relatives do too.

Including at least my fellow humans, mammals and birds.

That’s how I rationalize my conviction. Also, I happen just think that they do, for no reason other than that I get that impression after hanging out with animals.

The “because.I-think-so” is not scientific, though, and the skeptics would tear that argument apart in no time.

I’m not all that interested in having that discussion though.

I don’t care particularly if I’m right – I often change my mind when I learn new things.

What would be the cost of being wrong?

People may be wrong in two ways. In science, we call it the type I and type II error, and I tend to forget which is which. But one error is referred to as the false positive, the other as the false negative.

Animals either have subjective feelings, or they don’t. And some people believe that they do, and some don’t believe it. Ergo: some people have it all backwards.

Admittedly, I could be among those in the wrong.

Annoying as that would be, it’s a possibility.

In this game, I’m assuming that we would treat animals differently depending on if we think they have emotions, especially when it comes to suffering.

With regards to emotions in animals, what would the two hypothetical misconceptions look like?

To me, the key question is not whether animals experience the feeling of emotions, but which mistake would you rather make?

This is hypothetical, of course. But a sobering thought: what if you’re wrong?

Personally, I can live with being mistaken about animal emotions.

If it turned out that they don’t have emotions, I can shrug off my misguided notion with a slightly bruised ego.

I would have wasted time, commitment and money trying to make life better for animals and minimize their suffering.

Pearls before pigs, in a manner of speaking.

For me, it would be more difficult to dismiss my past misconception if it included neglecting suffering. If I had treated animals as if they had no capacity to be frightened or happy, and later found out I was wrong, I’d be very distressed.

I would thus encourage skeptics to give animals the benefit of a doubt, if for no other reason, to reduce the pain of potentially being mistaken.

Act so that animals in your care don’t suffer, regardless of whether you think they could.

While you’re at it, try to make them happy, too. The absence of suffering does not equal high well-being, after all.

But being able to live with yourself in case you’re wrong is not the only reason to be nice to animals. It certainly isn’t the most important reason. 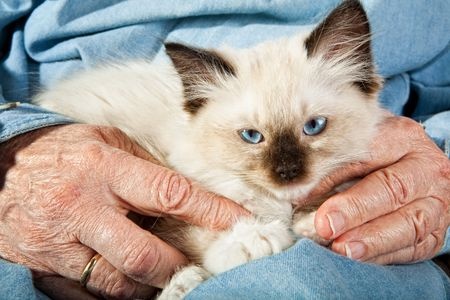 People have an emotional need to connect with animals. We cuddle, play and confide in our animal friends. A huge chunk (if not all?) of the human-animal bond is emotional, and we tend to get more attached to mammals and birds than to fish.

I would guess that the significance of an animal in the lives of the people caring for her depends at least in part on how well she attunes to her owner’s emotional needs. And it’s my conviction that part of that attunement is because mammals and birds behave as if they have emotions, too.

Indeed, the human-animal attachment involves the feel-good hormone oxytocin, among others, which has been shown to increase in both humans and dogs during positive interactions.

So, not only do dogs behave as if they have emotions, their hormonal system mirror ours, too.

How much of this effect is due to the emotional involvement?

A great deal, it seems. 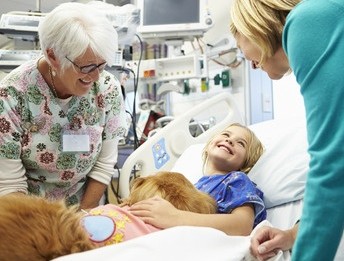 Does someone who thinks animals have emotions have better relationships with their pet than someone who doesn’t?

Are they more helped by a therapy dog visiting the hospital?

That hasn’t been specifically studied, as far as I can tell – but it’s not implausible since bonding involves emotional connection.

But feeling-good-by-bonding-with-your pet isn’t the most important reason for being nice to animals.

How assuming that “animals have emotions” benefits kids – and society. 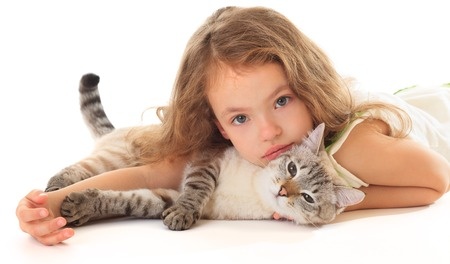 It’s been known for some time that it is beneficial for kids to have pets at home. However, studies have shown that it’s not the being-close-to-pets that’s relevant, it’s the forming-a-relationship-with-animals that makes children more socially competent and empathic.

We know that improving kids’ kindness and caring towards animals have beneficial effects on children’s prosocial skills.

How does this relate to whether animals have emotions? 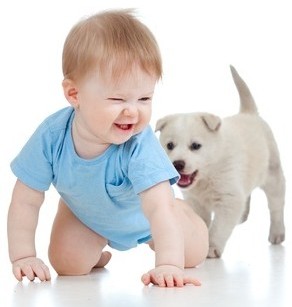 Now I’m going to be speculative: I think the quality of the human-animal bond improves if one assumes that animals have subjective feelings, too.

I think it’s more difficult and unlikely to become truly attached to a Tamagotchi or a toy animal than a real puppy.

In other words, I’m arguing that assuming that animals have emotions could improve the human-animal bond, produce more socially competent youngsters, who then grow up to save the world from war, famine and climate change.

Sort of kidding, but I’m on the verge of singing a teary-eyed “we shall overcome” too.

The most important reason to be nice to animals and behave as if they have emotions is that kids mimic adults.

If you behave nicely towards animals, your kids will too. In doing so, they become more socially competent, and empathic – toward people.

In short, assuming that animals have emotions makes the world a better place, for people as well as animals.

A note of caution. “Being nice to animals” is complicated.

Over-feeding pets is a big problem, as many vets will attest. And although anthropomorphizing is sometimes a great shortcut to understanding and caring for animals, it carries some major caveats too. A topic for another day, perhaps. Actually, I wrote a bit about that in this post. If you’re an aspiring animal trainer, you should read it.

Want to learn more? My online courses are wildly popular but only open for admission occasionally. Sign up to be kept in the loop, and I’ll keep you posted on upcoming free webinars, masterclasses, silly experiments and new blog posts, too!

Ascione & Weber (1996). Children’s attitudes about the humane treatment of animals and empathy: One-year follow up of a school-based intervention.

10 Replies to “Why you should behave as if animals have feelings even if you don’t believe that they do.”

Karolina Westlund’s lectures were excellent, impressive. I learnt lots of things from her lectures.